The President’s call on Ghanaian’s to remain indoors as much as possible is breeding several other ideas in the minds of people.

And one of such person is Pappy Kojo who is stranded in confinement in Italy, the second most affected nation to be hit by coronavirus.

The rapper who calls himself “Taadi Obrafour” in a chain convo with the controversial video vixen and slay queen Akuapem Poloo let out so much steam as he finally ended up requesting for nudes from her.

Akuapem Poloo who seemed to be enjoying the fun lso promised to grind him in bed if she gets him.

Many have stated that Pappy Kojo probably engaged in such a conversation because of boredom. He has recently called on the President of Ghana to come for him from Italy.

See a screenshot of their encounter below… 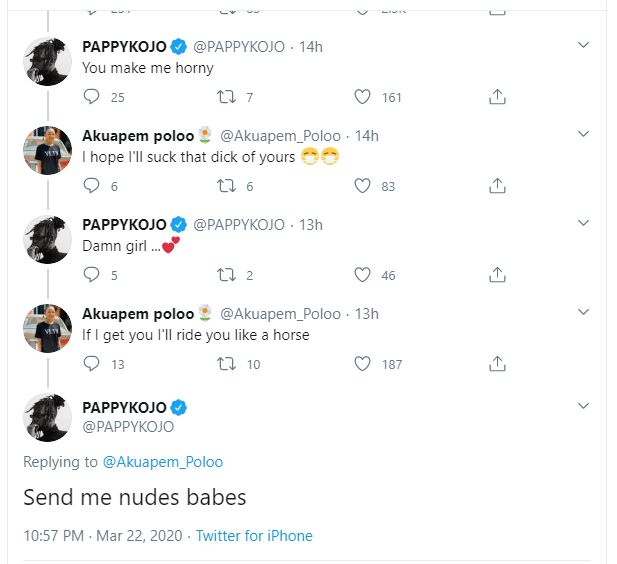 It was after I sacked Pope Skinny from my camp that...

During my 7 months without pay at EIB, my wife told...